Alfa is done with yo-yo dieting 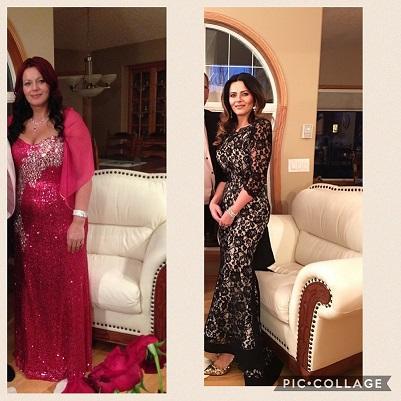 Alfa had been dieting her whole life but became obese after having her daughter in 2001. Over the course of the next 13 years, Alfa tried Nutrisystem for a year, the Slim-Fast Plan for a year, Weight Watchers for 2 years, the Atkins diet for 2 years, and the last diet – Ideal Protein. These diets were in addition to personal trainers and many thousands of dollars spent on exercise equipment and gym memberships. Alfa would lose weight on all these diets, and with all the exercise, but would subsequently gain all the weight back and then some extra, if she even slipped for a few weeks, never mind enjoying holidays, birthdays, etc. Alfa stayed on Ideal Protein until 2014, when she decided to stop the yo-yo dieting.

Alfa began researching Lap-Band surgery in January 2014, and had her surgery in October 2014.

Alfa says “Many people assume that a Lap-Band will ‘magically’ make them slimmer. Lap-Band is not magic, but is a tool that will help you reach your weight loss goals if you work with it.” It took a year and a half of follow-up consults, sometimes with no weight loss in between but no weight gain either, which was encouraging. She was eating less overall, so she knew the surgery would work if she was patient, as the surgeon had said. She knew she was on the right path and that she would get there, slowly but surely.

Alfa was always a healthy person, except for having chronic back problems, complicated by her weight. There were days she could not get out of bed from the pain. Now, Alfa doesn’t feel back pain at all, and can exercise more as a result.

Alfa’s current weight (2.6 lbs away from being in the 160’s) is something she has not experienced for over 15 years. She feels great, and finds controlling her hunger is much easier now. In Alfa’s words “Things are going great!”

To learn more about the Lap-Band system visit http://bit.ly/LAPBANDAPSystem