Luca gains a second lease on life with LAP-BAND®! 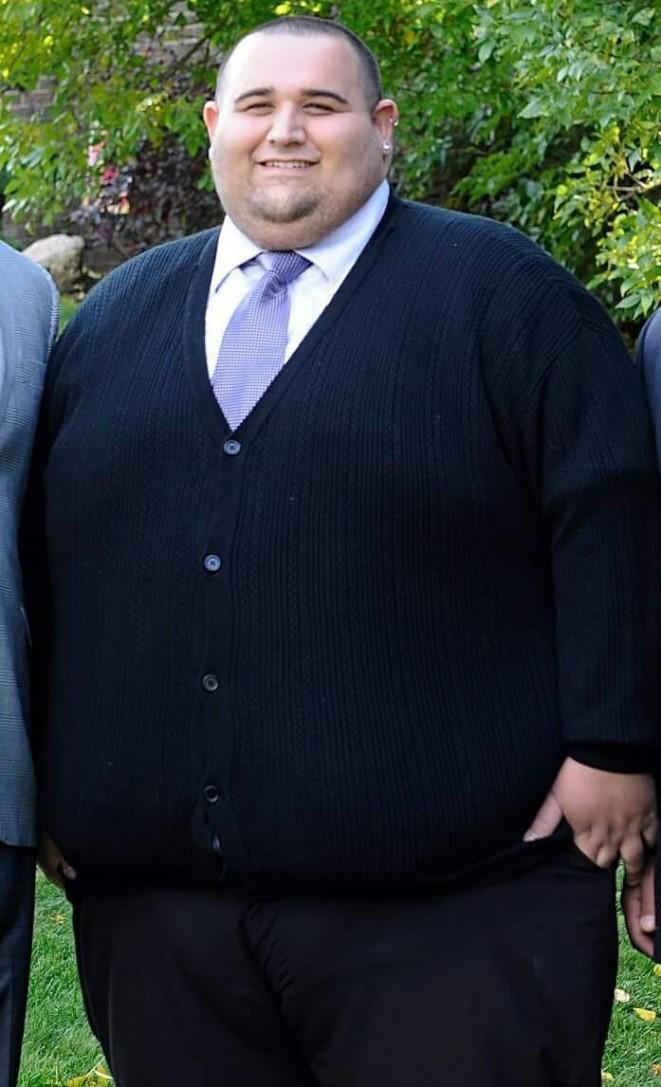 Luca knew he needed help. When his weight reached 600+ pounds, he realized he had to do something about it, and that he couldn’t do it on his own. It wasn’t that he hadn’t tried. Many times before, he would lose 40 pounds, only to gain 50 back. It was a real struggle. Luca began to become depressed and scared.

Surprisingly, for being so big, Luca was fairly active, playing intramural sports and lifting weights in university. He was always a confident person and a ‘ladies’ man’ but this confidence left when family and friends told him he was not looking good, and his doctor finally told him that he was “killing himself slowly” – this was Luca’s real wake up call.

Research into the LAP-BAND® showed Luca that this surgery would be a life changer for him. But Luca chose to keep his surgery secret at first; he felt embarrassed that he had to have weight loss surgery to fix this problem.

The day of his surgery, Luca weighed 537 pounds. That day, he saw something that freaked him out – someone who was too late to their decision to have surgery: someone unable to walk and who wore an oxygen mask. It was then Luca realized that he did not want to go a step further in the same direction, that this surgery was what he needed to get control over his weight.

Today Luca weighs around 280 pounds and feels he has gained a second lease on life. He is more driven and passionate about success than ever before and actually looks forward to the future instead of being scared he won’t see it. With no specific goal weight in mind, Luca just knows that one day he will look in the mirror and finally feel OK with what he sees.

The more his parents and friends saw the changes in Luca’s weight after surgery, the more comfortable he became with sharing his journey with those closest to him. Luca now enjoys sports, he never thought he would – including muay thai and football, in addition to getting back into weightlifting.